skip to main | skip to sidebar

On Christmas morning, Silia stopped by the guest house to talk about the SMS program. He's responsible for testing, drug provision, and follow-ups for TB patients. He described how he's using FrontlineSMS and the network of cellphone-wielding CHWs. Almost all of what follows developed in my absence. 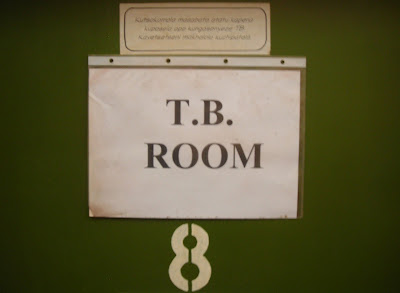 Some sputum-positive patients don't turn up to receive their medication. It's Silia's job to track these patients and get them back on their drug regimens. Before the SMS program, he was visiting an average of 17 patients per week - this took him three trips on his motorbike. Each trip would take ~9 hours. That's 27 hours per week spent tracking patients in various villages.

The SMS network has allowed Silia to share his workload with the CHWs. He now tracks an average of 20 patients per week via SMS. He simply texts CHWs nearby patients that haven't turned up. As Silia says, the CHWs provide "immediate feedback."

The program has been running for roughly 26 weeks. With the shift to SMS-based patient tracking, Silia had an additional 700 hours to utilize. Not surprisingly, he's been using FrontlineSMS to supplement other areas of his work.

He now visits an average of 4 patients per week, for different reasons. Some messages from the CHWs tell of patients who are too ill to travel to the hospital. Silia will respond by bringing a new supply of drugs. Other messages relay symptoms of community members - e.g. "A man has a chronic cough, and we suspect TB." Silia will visit the patients, and collect a sputum sample. He'll return to the hospital to do testing and send the results, by SMS, back to the CHW.

Finally, when patients at the hospital test positive for TB, they're told which CHWs near their home have cell phones. 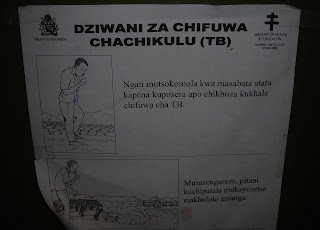 Some numbers from the TB program for the last 6 months:

Savings in time and money such as these, in a hospital in short supply of both, is a hugely encouraging development. Beyond the numbers, what I find more amazing is how so much of this has evolved since you left. The earlier comment on the PC World article (some months ago) about 'white people leaving and everything collapsing' clearly didn't take into account the ingenuity, resourcefulness and engagement of local staff.

Quite often social mobile projects have clear benefit to the people on the ground - the users - but we live in a world where numbers and scale count for more. I personally think this is the wrong way of approaching things, but what you've collected so far clearly shows there are very real benefits in time and money savings in an SMS network of this kind. No mean achievement!

The numbers illustrate clear benefits of the project - what is also significant was the evolving role of the TB officer. He is now able to facilitate earlier diagnosis, earlier intervention, and improved adherence for the critically ill. These benefits are more difficult to quantify, but the impact on the quality of health care is undeniable. These benefits are also not easily predicted - they spring from the initiative of the users and your supportive collaboration.

Trailers for Salewill provide you excellent trailers and sale. We are happy to see a nice blog here

Good Blog. This a good blog where some valuable post available. How the idea about language exchange? Many of the people are on blog for commercial need. Different language have different need. Some are link exchange. This are not welcoming. Welcome to you from language exchange!

great to view, i really like it and i find it very helpful, i am impressed...
keep it up 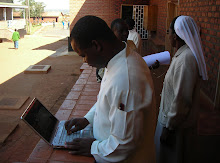 Josh
I'm a Senior in Stanford University's Program in Human Biology, with a focus on International Health and Bioethics.